Before I am a writer, I am a reader. I don’t get to do it enough these days, but I can safely 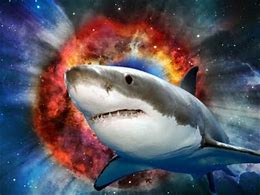 say I’ve read more than 40,000 books (220,000 books if you count comic books). I can single out six authors who have shaped my writing and given me hours of enjoyment.

Jaws was fun, White Shark was the scariest book I ever read, and Q Clearance was one of the funniest books I’ve ever read; it helps to have a literary bent for that one, though. Benchley can build suspense like nobody’s business. I’ve found every one of his books gripping.

I skipped my first day of college to finish reading Salem’s Lot. King has some real clunkers, but most of his voluminous books are easy, fun reads. He doesn’t write horror, he writes Average-Guy in Extraordinary Circumstance stories. And The Stand is a Christian novel whether he thinks so or not.

The Spenser, Jesse Stone, and Sonny Randall series are terse, solid writing. He doesn’t over-share or get bogged down. Now that he’s dead, his series are still coming out (yay! Not all are great, but they try). We see just the steps it takes to solve things, hopping from A to B to C all the way to Z with no skipping or jumping. They aren’t overly emotional stories, but compelling nonetheless.

A former Queen’s Jockey turned novelist, Dick Francis is the Fred Astaire of writing. His books are effortless, graceful, and impossible to copy. Though dead, he’s still writing (or his son is). Francis books are curl-up-in-front-of-the-fire stories.

Nobody word-builds like Herbert. Dune was so convincing you’d think it was out there somewhere. He gave us a rich folklore, unique space navigation, and intra-world infrastructure. Then in Dreamcatcher he gave us depth into an individual’s spiritual beliefs. That’s range, folks!

Most people go to the Narnia books, but for me, his Space trilogy and non-fiction books were the crème-de la-crème. His relentless logic about faith, his understanding, and acceptance of the mysteries beyond us, made me comfortable with my faith.

Clearly, one can see my spiritual path from the authors I relish, some of whom are atheists, others deep-faith Christians and everything in between, all of it great writing.

I could easily list off a spiel of influential books, but I honestly don’t remember the author names. Why? Because they didn’t write many books. This list of authors was prolific, and it speaks to the need of a body of work (or hit movie based on a book) to be successful and gain a following.